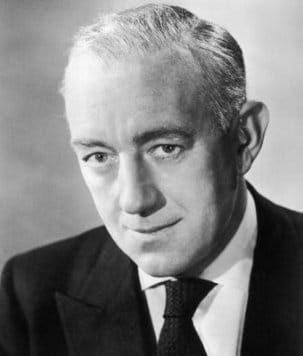 STORIES THAT REALLY DID HAPPEN, RE-CALLED BY HARRY HARPER

He recognises him as the English actor Alec Guinness, the star of so many of his favourite Ealing comedies, such as Kind Hearts And Coronets. Guinness has always been more than a touch superstitious. In a few minutes, he will be applying his sixth sense to James Dean.

He delights in recounting his psychic powers. On the afternoon of New Year’s Eve, 1943, he had been resting in the cabin of the naval ship of which he was a lieutenant, when he had apparently heard a sinister voice saying: ‘Tomorrow.’ He was convinced that this was a premonition of death.

That night, his ship was caught in a hurricane and was dashed against the rocks as it entered the small Italian port of Termoli. He gave the order to abandon ship. He had, it seems, outwitted the sinister voice.

Now, 12 years later, he has arrived in Hollywood, exhausted after a 16-hour flight. The screenwriter Thelma Moss has invited him out to dinner, and they settle for the Villa Capri. But when they are told by the maître d’ that it is full, they begin to walk away.

At that moment, Guinness becomes aware of the sound of feet running down the street behind him. He turns to see a young man in sneakers, a sweatshirt and blue jeans.

‘Yes, very kind of you,’ replies Guinness, and eagerly follows him back to the Villa Capri.

Before they go in, James Dean says: ‘I’d like to show you something,’ and takes them into the courtyard.

There, he proudly shows them his new racing car, one of only 90 Porsche 550 Spyders ever produced. 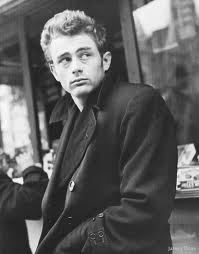 He has had it customised: it now has tartan seating and two red stripes at the rear of its wheel-well, all designed by George Barris, the man who will go on to design the Batmobile.

Guinness is seized by one of his premonitions.

‘How fast can you go in that?’

‘Have you driven it?’

And then — ‘exhausted, hungry, feeling a little ill-tempered’ — Guinness hears himself saying, in a voice he can hardly recognise as his own: ‘Look, I … must say something. Please do not get into that car.’

He looks at his watch.

Despite this grim prognosis, Dean laughs.

Guinness apologises, blaming his outburst on a lack of sleep and food.

The three of them then have dinner together — ‘a charming dinner’ — before going their separate ways. 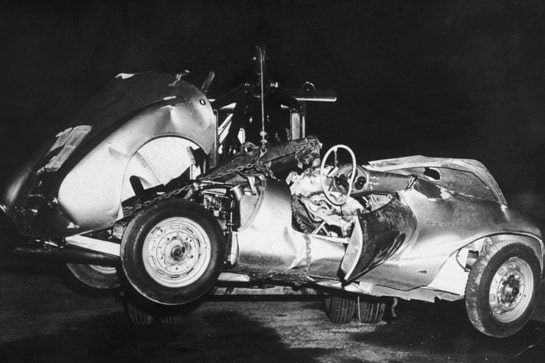 A week later, on September 30, Dean is driving his new Spyder across the junction of Route 46 and Route 41 near Cholame, California, when he collides head-on with a Ford Custom Tudor coupe driven by a student with the inappropriately comical name of Donald Turnupseed.

James Dean is taken by ambulance to Paso Robles War Memorial Hospital, where he is pronounced dead on arrival at 5.59pm.